Immediately following the final episode of Clannad in the spring of 2008, a television commercial aired announcing that the sequel, Clannad ~After Story~, was in production. It would air in the fall of that year and spawn many fans both domestically in Japan as well as internationally. It has been hailed as one of the best anime series of all time by fans and is often cited as how dramatic shows can be. Due to the success of the format, the original series was released on Blu-Ray by Pony Canyon in April 2010. Now the sequel has finally been released to complete the KeyAni trilogy on Blu-Ray. This is the (very expensive) Clannad ~After Story~ Blu-Ray box. Warning! This review WILL contain spoilers for the show as well as a bunch of thumbnailed/small images. 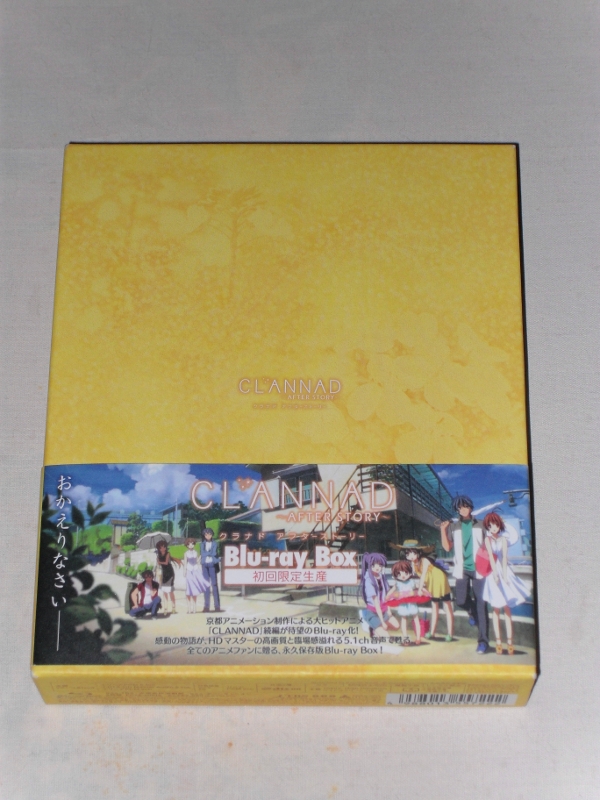