A couple years ago, I wrote a piece talking about the Anibin blog and how the author measured resolution of anime by using the television broadcast. Later on, I noticed that the methods used to judge the productions from Kyoto Animation was a bit suspect. Simultaneously, I started to notice the photography of shows a lot more, especially on the Blu-ray versions of the show. I’ve seen many people quote that KyoAni produces at 955.5p for main feature and full HD for openings and endings. I accepted it initially as I trusted Anibin as a source, but later I started to question that as the logic behind producing something like that didn’t add up. The following is a brief overview of the photography of anime and how that affects Anibin’s resolution guesses.

In the past, photography for animation was literally that: taking pictures on film of the painted frames on the background framed a certain way. Some photographers used special lenses and added effects through other methods. This created a master of the show on film (either 16mm or 35mm). That film can be scanned (and fixed if need be) at higher resolutions to provide clear images of older productions. Generally, people don’t classify these shows with any resolution as it’s meaningless and the show can be either re-scanned from the film or upscaled via video master. 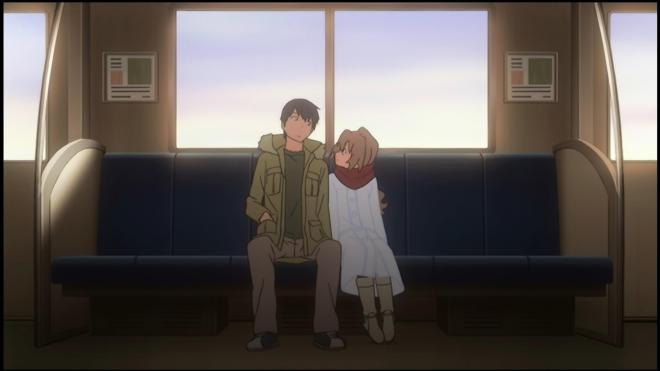 Starting in the late 1990s and early 2000s, production shifted to scan line art and background from paper and put them together digitally instead of putting the cels on the background and photographing them. This process creates a master at the resolution set at that time. Higher resolutions require more file size to work with, so most productions in the early to mid 2000s were done in standard definition (480). The original materials can be re-scanned (possibly re-painted if not already done) and re-composited into a higher resolution master later on, but that requires additional time/effort/costs that most video distributors are not willing to take on for a HD copy. Instead, those masters tend to be “upscaled” using different technology to enlarge the size of the image in order to create higher resolution masters (Q-Tec and Sony PCL are the two more well-known labs that do such a thing).

To Aru Kagaku no Railgun – Produced at 720p 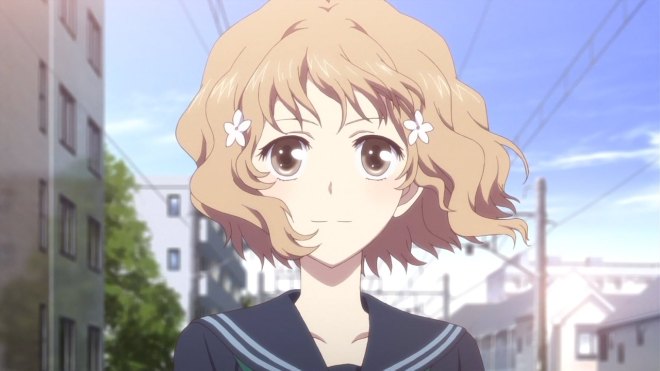 As time went on, file size and time for drawing/painting more detailed key frames/backgrounds became more streamlined and so productions started to shift to high definition. This required more detail on the line art (meaning more details for hair, eyes, and clothing) as the paper was also scanned at a higher resolution. Generally these productions were done at 720p as there was no reason to go to a higher resolution at that time. When put onto a Blu-ray disc, the masters were upscaled to 1080p, leaving a slightly visible blur alongside the animation lines.

In more recent years, there have been more productions that have shifted towards producing shows in full HD. KyoAni began doing so with the OP/ED for K-On!! and the re-mastered Haruhi 2006 and started producing shows at full HD with Nichijou. Other studios such as JC Staff and Xebec have also made the shift to full HD, but, having dropped many shows, I can’t really expand much on which studios are doing so. 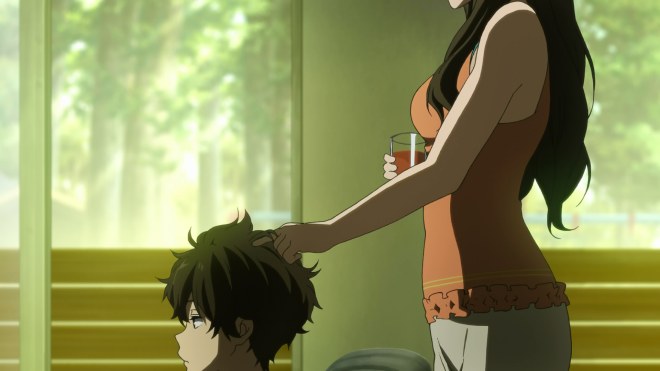 Now let’s talk about the current state of photography. The current software used by the industry is Adobe After Effects. This software can add filters to the image to make the final image look different (providing a cool filter at twilight/dawn for example). Such filters can also be used to blur the line-art of the drawings into the backgrounds so that they do not appear to be two separate pieces put together. Two main animation studios that have been working to advance this process are Kyoto Animation and ufotable (among some others, but those two are the most well-known and do their photography in-house). Other studios like T2 (which handles the PA Works and Sunrise productions among others) are content to apply little filters and leave the line art as visible as need be.

Filter applied to have more “realistic” color for main characters and to make the colors a bit more “bitter.”

For me personally, I’ve changed to notice this style of photography a lot and it kinda bugs me in some scenes. Part of photography is to ensure everything looks similar and some works are rushed out such that the lighting in the back and the colors of the characters don’t match up. They literally are put onto the scene and moved on. It bugs me, but it doesn’t bug others.

The addition of these filters makes the resolution hard to tell as the lines from the characters are blurred to match the background. This leads the method from Anibin, which takes the line art and runs it through a program to measure the depth of the line, to give a false number of 955.5p for Kyoto Animation productions. In the behind-the-scenes features on the Chuunibyou Blu-ray/DVDs, we see that the photographer is filming a scene from episode 3 in 1920x1080p, or full HD. Obviously Anibin is incorrect, but the 955.5p number continues to go around. 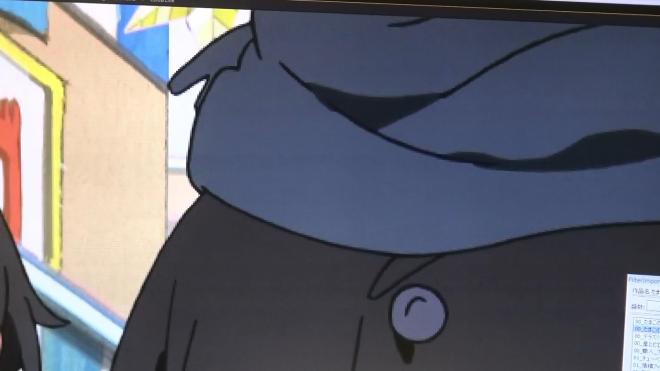 Filter added to brighten the atmosphere of the BG. Side effect-line sharpness dulled.

As mentioned above, not all studios use such filters and so you can measure the resolution from the line art. This is how we know JC Staff is producing shows in full HD as well. The big thing to keep in mind is that filters will offset any measurements of resolution as we are only measuring post-hoc, once the final piece is airing. In short, keep skeptical if you see a filter about what the AniBin resolution may be. Look at how the details are for the line-art and compare that to other productions to see if that work was made in HD or not. Obviously movies will have more detail due to the intent of being shown on a bigger screen, but this method works well for TV shows.

10 thoughts on “Photography and resolution of anime”