One of the items I purchased while in Japan was the first Sound! Euphonium (Hibike! Euphonium) novel while I was in Kyoto.  Over the past two weeks, I’ve taken the time to read through the novel and I was pleasantly surprised at how much I enjoyed reading through it. There was a finely executed story that looked into the drama of a concert band leading up to a performance.  As I looked around at the impressions thus far from people looking towards the anime, I saw some people who would go into the series with some misconceptions about what it would be and wanted to counter that with a post talking about the setting. Thus, here’s a primer on Sound! Euphonium. 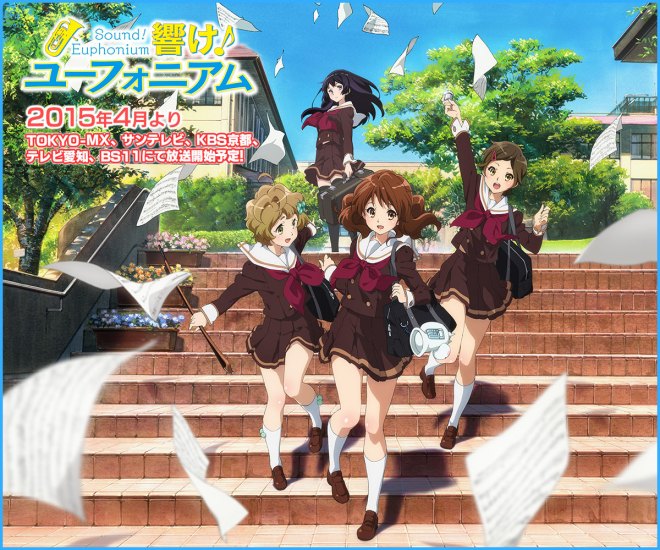 Spring of Kumiko Oumae’s first year in high school.
Kumiko, who had been in the concert band throughout middle school, goes to see the concert band alongside her classmates Hazuki Katou and Sapphire Kawashima.

There, she sees her former classmate Reina Kousaka. While Hazuki and Sapphire immediately decide to join the band, Kumiko is hesitant due to remembering an event that occurred at a middle school concert with Reina.

Through practicing and performing, irreplaceable events are discovered. This is an adolescent story of the girls discovering those truths.

Enrolled in North Uji as she was attracted to their sailor uniforms. As she had no specific instrument she wanted to play, she was assigned to play the euphonium in the concert band. An easy-going person. She has a habit of speaking without thinking. She’s fixated on something she said to Reina at a concert in middle school. 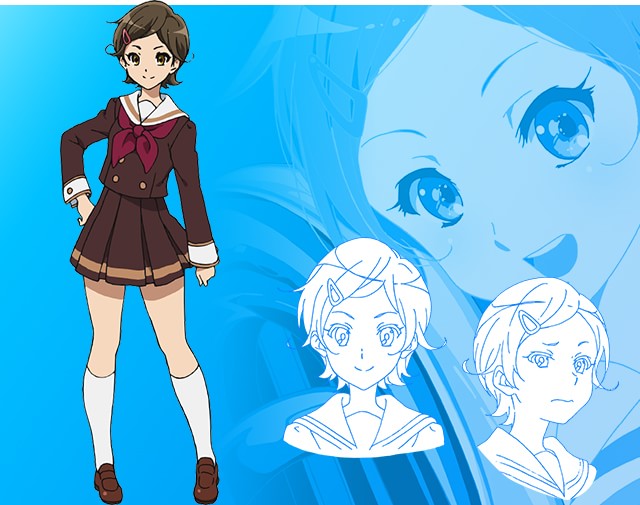 Kumiko’s classmate. Played tennis in middle school; thus a beginner playing music. She was attracted to the band by the trumpet, but she was assigned to the tuba. An energetic mood maker. 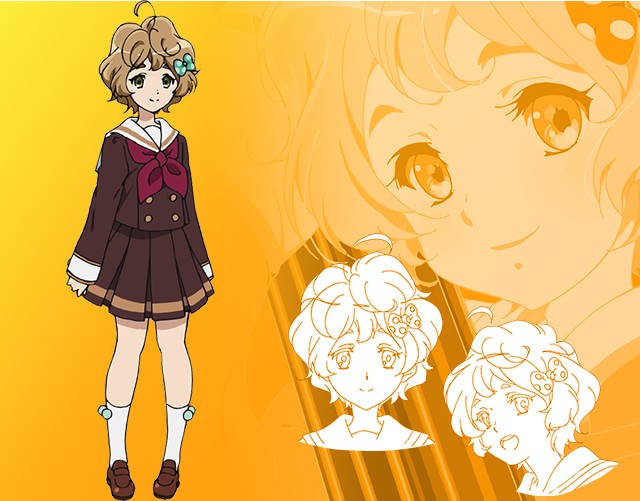 Kumiko’s classmate. She attended a famous rich girls middle school. Plays the contrabass. Joined the concert band due to wanting to have fun playing music. She’s a proactive person, but has a bit of a tic about her name. 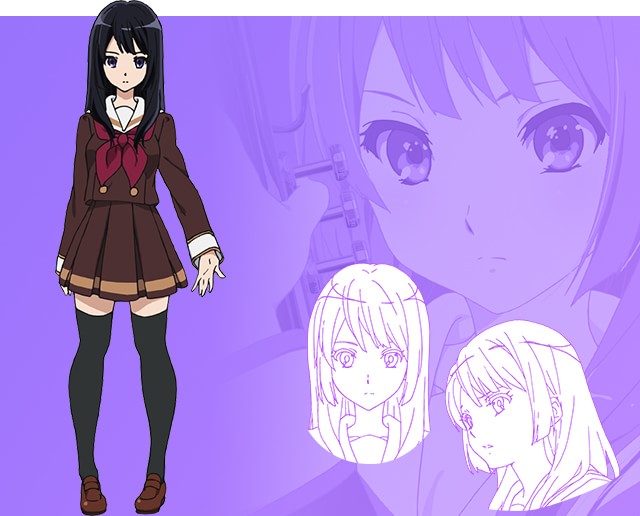 Went to the same middle school as Kumiko. Has played the trumpet since she was young due to her father being a professional musician and continues to play the trumpet in high school. A very stoic girl.

Third year. Vice president of the concert band. Leader of the bass instruments. Plays the euphonium. Often displays her exorbitant amount of knowledge to the people around her. Wears her trademark red glasses.

Third year. President of the concert band. Leader of the saxophones. Plays the baritone sax. Assigned to be the president due to her gentle personality.

Third year. Leader of the trumpets. The Madonna of the concert band that everyone adores. 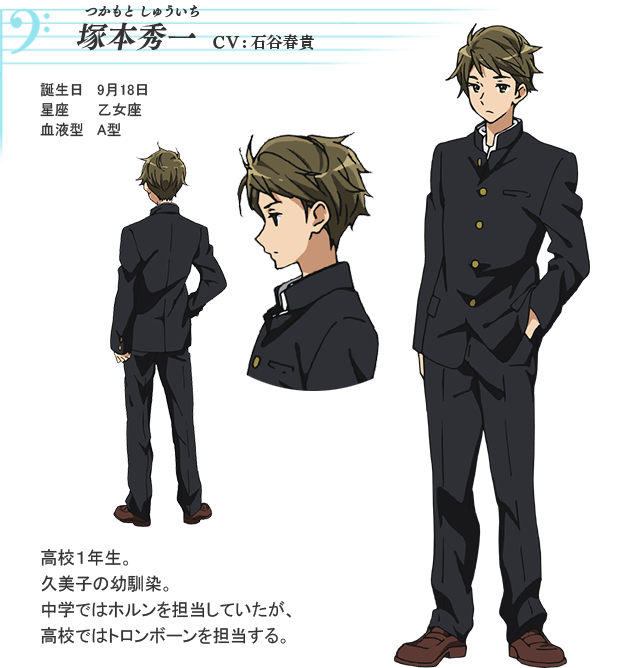 First year. Known Kumiko since childhood. Played the horn in middle school, but plays the trombone in high school.

A new music teacher that transferred to North Uji High School. Became the new adviser for the concert band.

Second year. Plays the tuba. Assistant part leader for the bass instruments. Big in size, small in speech with a serious expression. 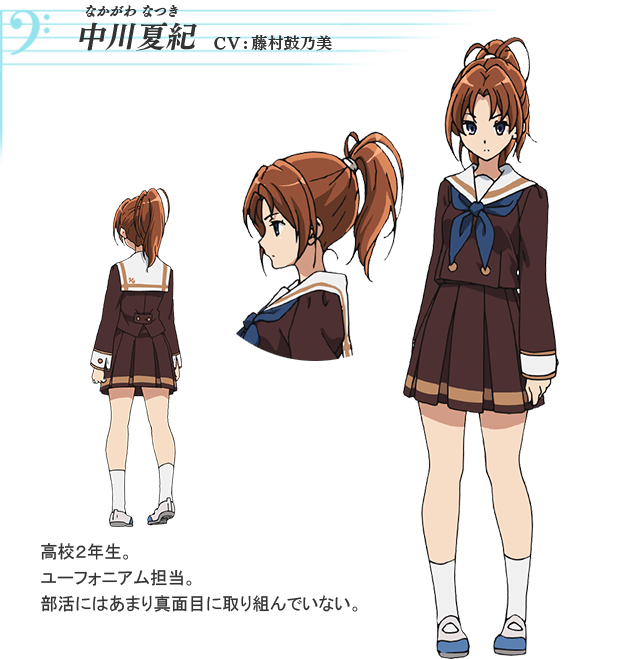 Second year. Plays the euphonium.  Not very serious about playing in the band. 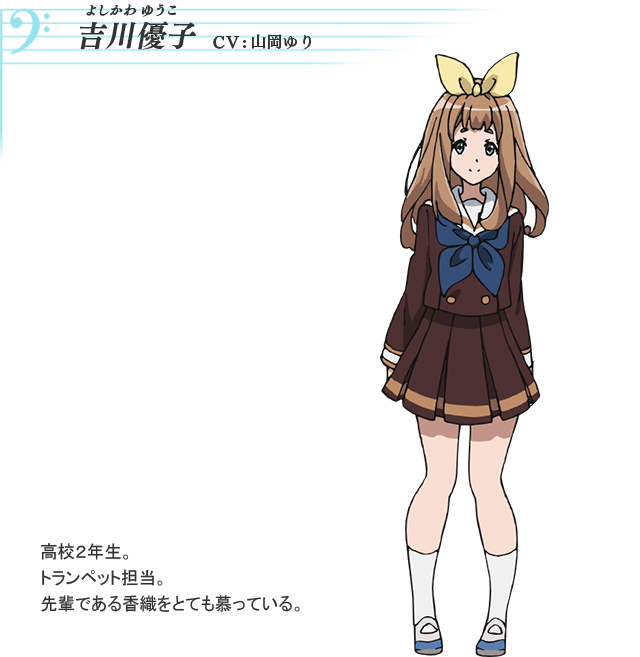 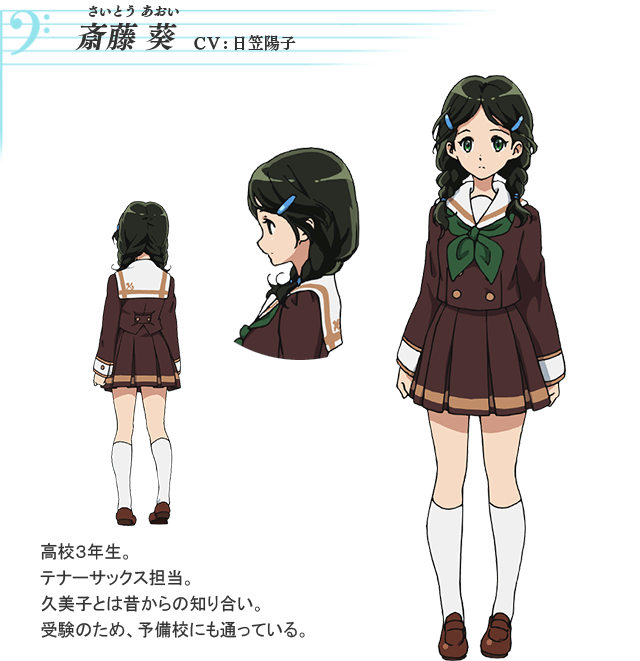 Third year. Plays the tenor saxophone. An old acquaintance of Kumiko. She also goes to a prep school to study for her exams.

Assistant adviser for the concert band and instructor in music. Kumiko’s homeroom teacher. Nicknamed “the Evil Sargent” by her students.

Sound Euphonium has been described by both the director, Tatsuya Ishihara, and the assistant producer, Rina Sezaki, as being a straightforward drama. This is not your standard slice-of-life show like K-On! or Tamako Market. It has more in common with Hanasaku Iroha and Chihayafuru than those shows. There’s an inherent belief that the show will be focused around lazing around or romance than what the novel does. Are there moments of downtime? Yes, but they’re there to advance the plot of the novel and to expand the characters more than eating sweets. Is there a bit of romantic interest? Of course, they’re high schoolers in a co-ed environment, but that’s not what the story is about.

Essentially, the story is about the concert band and their goal of making the national concert performance. There’s trials and tribulations along the way just like what would happen in real life with real people getting into arguments. There’s a lot of drama that goes around the band and thinking there wouldn’t be any is a big mistake.

I personally felt the story is perfect to be adapted with the attention to characterization from Kyoto Animation. It’s a good drama that separates itself from the recent catalog of shows. Definitely look forward to the performances as they should be a fantastic show of animation. Just don’t expect Euphonium to be something it’s not. Let it be its own story and appreciate that for what it is.