On April 26, 2013 Kyoto Animation announced their 17th self-produced animation production entitled FREE!, a series about a group of friends re-uniting in their passion for swimming after going their separate ways following a victory in the elementary school nationals. What really got people in an uproar was the fact that all the main characters in this series were male and a previous advertisement involving these characters was very focused around their appeal towards female viewers. Of course this caused certain fans to be upset, things have been said, etc. I’m not going to focus on that (it’s been covered already). Nor am I going to focus on what mistakes have been made in covering this series (again, already covered). What I want to focus on is the impact FREE! has in future productions by Kyoto Animation that’s been heavily ignored by most fans, production and revenue (and no, not focusing towards a different audience). 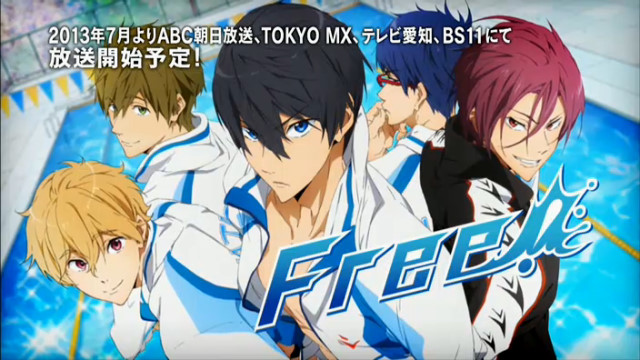 Anime is produced in a variety of ways. A few are made by certain TV stations who pay for all the costs out of their own budget (like mainstream TV shows), but what most anime fans end up watching are “late night” shows which are made by a conjunction of companies who form what’s called a “production committee.” Essentially, producers from different companies get together and haggle out a project they want to make. They get basic information hammered out like who’s directing, how long it should be, who’ll animate it, and then they pitch it to their companies. Those companies then come together and form the committee via contracts. Each participant puts in some money towards the project (though not all the same amount) and that gets used for production. Animation studios generally get contracted to produce the animation here, but some can be on the production committee themselves in circumstances. Anime gets made, promoted, and then publications/merchandise/disc/music sales come in and proceeds are split between the members according to the contracts.

In 2002, Fuji TV wanted to animate a spinoff of the popular Full Metal Panic! series and asked Kadokawa to make a committee. They did, but instead of using Gonzo like the main series had done, they decided to chance the series on a studio who wanted to produce their own series for the first time, Kyoto Animation. KyoAni accepted the funds and made the show. Since they weren’t on the production committee, they did not receive any additional financial support from this project. Producers from TBS/Pony Canyon/Movic/Key saw their work and decided to partner with them to produce AIR, their second self-produced series. It was a success and KyoAni got some of the returns from the sales. The cycle goes on between Kadokawa and TBS/Pony Canyon for nearly ten years with KyoAni moving up in the production committees. Eventually, we start to see a trend being formed with two main committees KyoAni worked with:
Kadokawa clique: Haruhi, Lucky Star, Nichijou, Hyouka:
Kadokawa Shoten (publisher/international rights)
Kadokawa Pictures (video distributor/domestic distribution (TV and internet), later combined into Shoten)
Kyoto Animation (animation production)
(Lantis) – Only in a couple of shows (music distribution/production in all shows)
Klockworx (rental distribution)

In 2009, KyoAni decided to undertake something radical and announced a contest for novels, manga, and scenarios to be published. They received some entries and announced no Grand Prize winners, though a few Encouragement Award winners. This wasn’t viewed as anything important at the time, but it marked a huge course change for the company. Instead of being contracted to animate someone else’s work, KyoAni wanted to be the producer of their own material. This led to our third clique:
KyoAni clique: Chuunibyou, Tamako Market:
Kyoto Animation – (publisher/animation production)
Pony Canyon – (video distributor/music distributor/producer (Tamako only)
(Lantis) – (music producer/distributor – Chuunibyou only)
TBS – (digital distribution/international rights)

Notice the huge shift in committee lineup? Instead of being third/fourth on the list and earning a smaller portion of the profit, KyoAni not only became the biggest financier of the project, but owned the copyrights/publication rights to get a much bigger share of the earnings. They have to invest more (higher risk), but they get to earn a lot more than before (higher reward). For a show like Chuunibyou, they not only got a much bigger share of revenue from BD/DVD sales compared to something like Kanon (15k sold to 18k sold), but they also got their novels published in many new stores and increased demand for that label. People look at Chuunibyou‘s earning as only BD/DVD sales, but it was much much much more profitable than that for them. They took a big risk, and got rewarded heavily.

The opposite could somewhat be said for the second part of that clique, Tamako Market. This show wasn’t given very much promotion and was likely part of the same finance commitments with Chuunibyou, but disc/music sales were much much lower than the latter. Again, higher rewards come with higher risks. I’m not going to say it bombed or didn’t break even, but it’s easily apparent it wasn’t as successful as Chuunibyou. 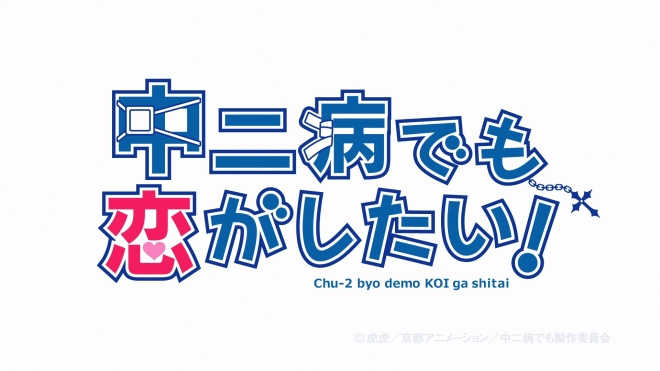 So what about the new show FREE!? Where does it fit in? The answer to that is very intriguing: none of the above. Yes, FREE! is using a new committee partner in Asahi Broadcasting (ABC) for broadcast distribution. Here’s the portion of the committee we know:
Kyoto Animation (animation production/rights holder/original creator)
Asahi Broadcasting (television rights/domestic distribution (TV/internet))
Lantis (music production/distribution)

What FREE! tells us is that KyoAni is no longer limited to the Kadokawa/TBS&Pony committees and can find other partners with their original works. This means they’re more open for projects Pony/TBS didn’t want to work with and that Kadokawa wouldn’t fund (in favor of their own titles). That in itself is cause for celebration for any fan of the company and yet cause for sadness. With their focus on quality over quantity, they’re unlikely to continue working on adaptations, so fans of the Full Metal Panic!, Haruhi Suzumiya, and Lucky Star franchises looking for more adapted are going to be disappointed in this change. 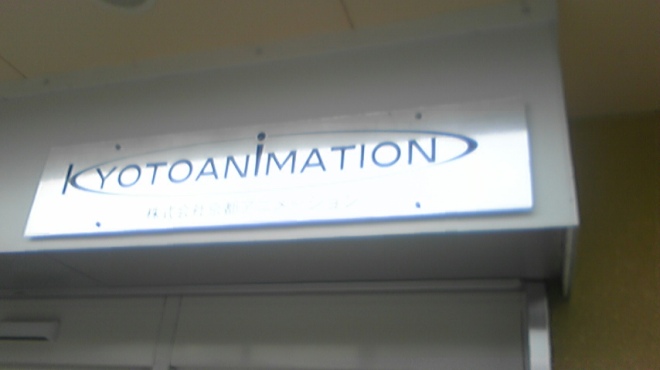 I’ve somewhat jokingly used this on Twitter before, but I think it’s really amazing to see how far the studio has come in 20 years.
April 1993: Subcontractor
April 2003: Animation Producer
April 2013: Content Producer

Who knows what else may come from FREE!? This is also Animation DO’s first co-production (previously they were listed as production collaboration with KyoAni shows), so they may be able to break off from the main studio and work on their own shows at some point. We may see Kyoto Animation become similar to Sunrise with multiple studios working on multiple projects simultaneously. It’s definitely going to be interesting to see what comes in the future for this studio.

24 thoughts on “Free! and the future of KyoAni productions”