In April of last year an anime produced by Aniplex and Yomuri Telvision Company entitled Working!! began airing to good success. While it wasn’t the most popular show of the season, it held its own against two giants in K-On!! and Angel Beats. Aniplex released the series on 7 DVD volumes last year and NISA licensed the set last November to release on March 29th of this year. Thanks to the good people at Right Stuf, I was able to obtain my copy a bit early and watched it yesterday. Without further delay, let’s get to work… 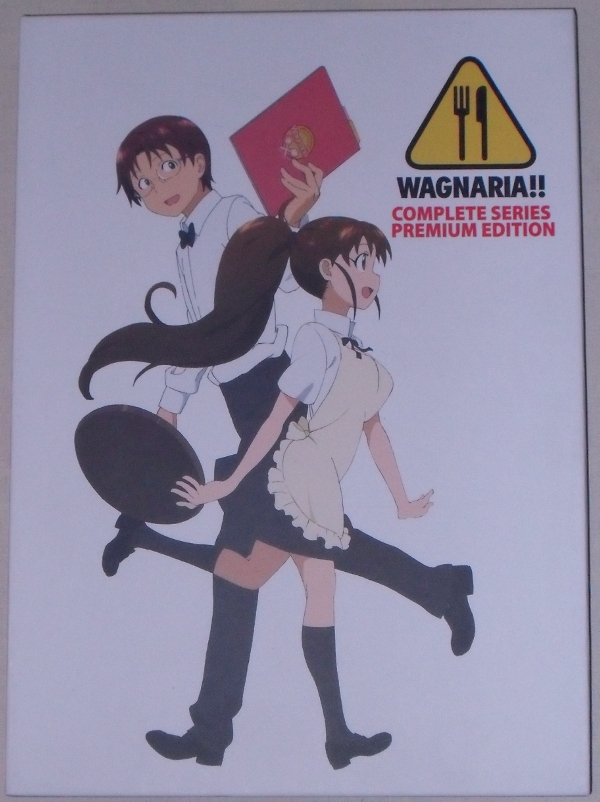 Before we begin, I’d like to say that yesterday was the first time I had seen the show in any substance (a couple of people linked me to the OP) unlike most of my reviews, so this was going to be very interesting seeing it without any biases. Having said that, NISA once again pulled through with a wonderful package. As usual, the set has two slim DVD cases, an artbook, and a huge package to hold it together. Unlike Toradora!, NISA included the episode director, scriptwritter, storyboard artist, and key animators for each episode under the heading as well as listing the main staff/cast/OP/ED details. It’s a good improvement for quick reference instead of only two instances at the end of the discs.

The artbook includes character descriptions/designs, images used for promotion, background illustrations, character sketches, official art from the R2 DVDs, and the 4-coma comics included with the later R2 volumes. It’s nice to be able to look at old promotional artwork as well as see the details that get less focus than the characters in the show. The comics add a little background to the beginning of the story and provide a few laughs. I can’t say if I prefer either this style of book or the Toradora! information books as both are fitting for their respective shows. 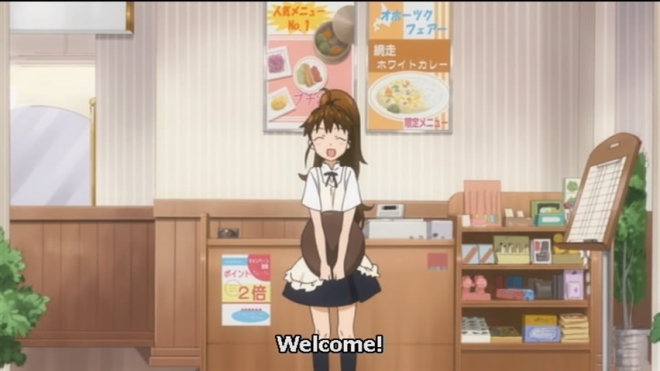 As for the actual disc content, Wagnaria!! (hereafter referred to as Working!! to reduce confusion) is a pleasant show. I had low expectations given that I’ve been watching a couple shows that disappoint me lately, but Working!! was truly enjoyable. The main cast all have wonderful parts that fit together to make an entertaining whole. I was glad to see that the show progressed many plots and never put characters in a unnatural position like forgetting what had happened between them earlier. The interaction always feels natural between the co-workers.

The humor in the show is much to my liking. It’s never forced and never over-done. The only reoccurring gag with Mahiru punching Souta is played down as the series progresses which allows it to still feel fresh. Unlike some other shows, the move to a deformed expression never feels out of place but that’s likely due to the fact that most commonly it’s with Popular.

Visually Working!! doesn’t have a moment where the animation is of great importance, but it maintains a high level throughout the season. NISA did a great job keeping the quality very high as they usually do so there’s no complaints from me about the transfer. There’s an immense amount of detail in the background that never goes away. My only complaint is that there appears to be four cooks in the kitchen during the intro, but they have disappeared by the first A-part.

Audially, the stereo mix sounds great. The BGM is done by a variety of Monica composers, which includes Satoru Kousaki from Haruhi-fame, and does well to enhance the scene without taking over. The OP mix is very catchy, but I fell for the ED. The three male voices mesh very well together to form a well-sung tune. If the OP/ED was sold separately from the first R2 volume, I would’ve already ordered it. Each voice is very clear and all the seiju fit their character very well. 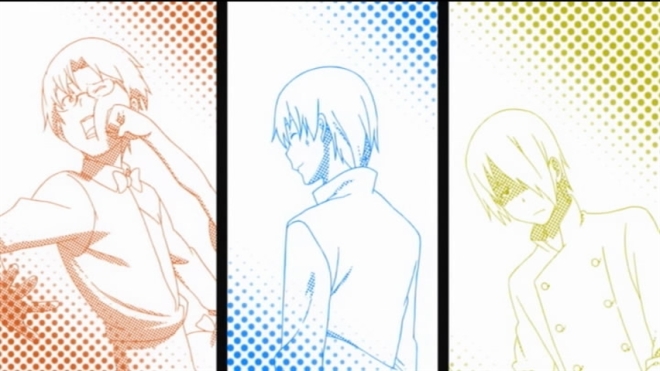 For on-disc extras, the R2 release was very slim so NISA could only include the textless EDs as bonuses. The OP is unique in that the text is only in the way in one portion near the end, thus a textless version is not required. The artbook more than makes up for any lack of extras though. From my first watch-through I only noticed a grand total of two errors in the subtitles (both missing a letter of a word) and I felt it was well translated. The all capital letters became slightly annoying after a while, but that’s a personal preference.

To conclude, Working!! is a very solid show. It’s not a feature that will steal a season, but it is a show that will make you laugh and keep you interested throughout. I’d say that if you’re not a fan of comedic slice-of-life stories, it’s not going to fit your taste. I greatly enjoyed it as well as the great release that NISA did for the show. If there’s another serving, I’d greatly come back for a second helping. As always, I’ve uploaded more screencaptures at a Photobucket album.

9 thoughts on “Wagnaria!!: It’s certainly WORKING for me”